4 Anti-Racism Resources to Help You Educate Yourself

In the months following the murder of George Floyd by Minneapolis police officers, and amid continued police brutality and violence inflicted upon Black lives across the U.S.—most recently in Wisconsin—social media has become a virtual classroom for those looking to reflect on their own racist tendencies.
(Especially Instagram.)

The widely circulated recommendations of what to read and watch can be overwhelming and confusing. Bestselling anti-racism books written by white authors, like Robin DiAngelo’s White Fragility, have been critiqued for their of infantilization of Black people. Some are suspicious of the ways many seem to approach educating themselves about racism like homework or eating vegetables. And others have also noted the false promises of anti-racism resources and collective consciousness-raising without structural change.

As online conversations around race have become increasingly nuanced, we’ve been reminded that both self-education and measurable action are critical. To that end, we encourage you to exercise your right to vote, and if you’re able, monetarily support Black-led grassroots organizations fighting for racial justice like Black Lives Matter and the NAACP Legal Defense Fund.

In conjunction with these measurable action steps, here are four educational resources to help you reflect on your own racial identity and the enduring legacy of anti-Black racism in the U.S.

Through an engaging mixture of written passages, video clips and reflection questions, the National Museum of African American History & Culture breaks down race as an invented term used to give benefits and privileges to certain groups of people and not others. In explaining the origins of the term “race,” the museum also describes the evolution of racism and slavery in the U.S. and their enduring legacy today.

In this episode of Throughline, host Rund Abdelfatah and historian Khalil Gibran Muhammad examine the history of policing in the American north and south. Muhammad adeptly explains how the police in America formed and have evolved through history, and why and how Black people in the U.S. have been criminalized for the past 400 years.

”What is White Privilege, Really?" by Cory Collins

In this highly informative essay published on Teaching Tolerance, Cory Collins explains what exactly white privilege is (and isn’t), insightfully describing how privilege operates in a variety of real-life scenarios and perpetuates racial inequality. Collins also explores the history of the term and how its use has transformed through time.

Naomi Woolfenden
Naomi Woolfenden is a Manager of Marketing & Communications and an Employee Resource Group lead at the Ad Council. She has a background in communications, psychology and studio art. Outside of the office, she loves a good hike. Connect with her on LinkedIn.
Related Articles
Read More From Adlibbing 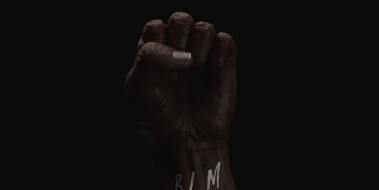 How Social Graphics Have Bolstered the Black Lives Matter Movement
By Naomi Woolfenden
Following the murders of Ahmaud Arbery, George Floyd, Breonna Taylor, Tony McDade and others, the rampant anti-Black racism, police brutality and systemic injustice in America has become clearer than ever. The New York Times recently reported that Black Lives Matter may be the largest movement in U.S. history, and recent polls suggest that 15 to 26 million Americans have attended protests this summer.
Creativity & Innovation 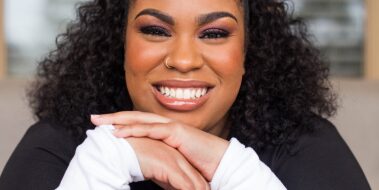 10 Critical Conversations with BIPOC and LGBT Voices
By Eric Chuang
Starting in June 2020, the Ad Council and NowThis partnered to host livestream conversations about critical topics involving COVID-19 and America’s reckoning with systemic racism. We’ll continue to update our Facebook playlist as new livestreams occur each Wednesday at 1pm EST—follow us there so you won’t miss the next one.
Impact 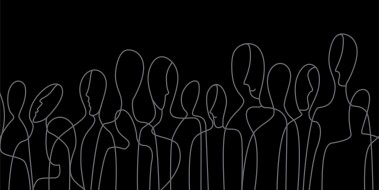 Our Commitment to Anti-Racism and Racial Equity
By Ad Council
The Ad Council’s mission has always been not just to respond to culture, but to drive it—to find insights that can change minds, spark new behaviors and move the country forward.
Impact
Read More From Adlibbing