Four Voting Ads That Have Caught Our Attention

With less than 20 days remaining until the 2020 presidential election, advertising campaigns across the country encouraging voter engagement have sped into high gear. And rightly so—the election was on track for historic voter turnout as a result of record voter enthusiasm until the COVID-19 pandemic.

Here we’ll break down four innovative voter engagement initiatives that have taken matters into their own hands. One is tackling on the ground support by delivering—guess what—pizza to the polls. Another is taking prom, which so many students missed out on due to COVID-19, and bringing it to the polls. Amid a year during which many of us have felt powerless or disillusioned, these campaigns use creativity and heart to show there are many different ways to increase voter turnout. Read on, but first, if you haven’t already, make a plan to vote here!

Led by NBA superstar LeBron James, More Than a Vote is a unique collaboration between Black athletes, artists and the NAACP Legal Defense Fund. Its mission is to combat systemic, racist voter suppression by significantly increasing the number of poll workers in key Black electoral districts. COVID-19 has led to a huge shortage of poll workers to staff in-person voting across the country. This is especially the case in Black communities, which are historically known to have fewer polling locations and longer wait times than white communities. More Than a Vote has amassed upwards of 10,000 volunteers since it began.

Uber Eats, KIND & Others Team up to Form Pizza to the Polls

Pizza to the Polls is doing its own part to combat voter suppression. How? In its own words, by “making democracy delicious.” The coalition is delivering free food to polling locations with long lines. The initiative is powered by a diverse set of partners including Wetzel’s, Zendesk, and Levi Strauss & Co. Its website allows visitors to donate to the cause—and also provides a way to report a polling location with long lines so Pizza to the Polls can send nourishment to those waiting to cast their ballot.

This diverse, student-led initiative is challenging students who missed out on prom this year to still celebrate and remain politically educated and engaged. Students across the country are bringing prom to the polls by wearing their prom attire and taking a photo with their ballot, whether at home or at their local polling location. Students are encouraged to share their photos on social media using the hashtag #PromAtThePolls.

ViacomCBS, Ad Council and Partners Launch “Vote For Your Life”

We would be remiss if we didn’t mention our 2020 voter engagement campaign, “Vote For Your Life,” created in partnership with ViacomCBS. Our research found that young people don’t always connect voting as an effective way to achieve change on the issues they are passionate about, including racial justice and climate change. This is compounded by the fact that millennials and Gen Z also make up a sizable portion of eligible voters in this year’s election, yet many are geographically transient due to COVID-19. With partners including GIPHY, PEW Living Facts and even RuPaul, “Vote For Your Life” reminds young people that participation in this year’s election isn’t just a vote for themselves, it’s a vote for their communities and the issues they care about. At voteforyoulife.com we give them the tools to check their registration status, register and make a plan to vote early, whether in-person or by mail.

Naomi Woolfenden
Naomi Woolfenden is a Manager of Marketing & Communications and an Employee Resource Group lead at the Ad Council. She has a background in communications, psychology and studio art. Outside of the office, she loves a good hike. Connect with her on LinkedIn.
Related Articles
Read More from Adlibbing 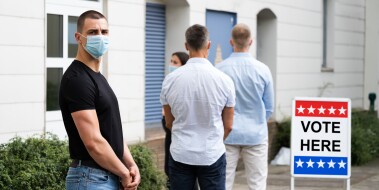 How to Navigate Potential Uncertainty About Election Results
By Lonny Pugh
The Ad Council has been a nonpartisan 501c3 nonprofit for decades. As the country moves through the final hours of an unprecedented voting season, we want to highlight three organizations, More in Common, Civic Alliance and Keep Our Republic, that aim to support democracy and help spread critical messaging within the workplace and among the general public, before, during and after Election Day. We hope these resources will be as useful for you as they have been for us.
Impact 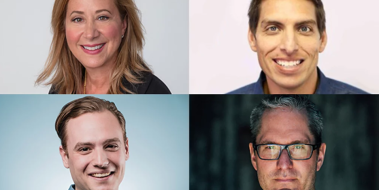 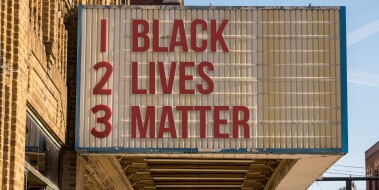 4 Anti-Racism Resources to Help You Educate Yourself
By Naomi Woolfenden
In the months following the murder of George Floyd by Minneapolis police officers, and amid continued police brutality and violence inflicted upon Black lives across the U.S.—most recently in Wisconsin—social media has become a virtual classroom for those looking to reflect on their own racist tendencies.
Creativity & Innovation
Read More from Adlibbing