Learn With Us > AdLibbing Articles > Champions for Good

Our latest Champion for Good was fascinated with Smokey Bear as a nine-year-old and daydreamed about being his spokesperson. Fast forward to the present and Brandon Cooke, Global Chief Communications Officer at FCB, just wrapped helping us celebrate Smokey's 75th year. Get to know this longtime Ad Council supporter below!

Question: How have you worked with the Ad Council? What campaign(s) have you supported and what was the project you worked on with us?

Brandon Cooke: Secretly, I’ve been working with the Ad Council since childhood. You see, I grew up being fascinated with Smokey Bear and honed my marketing skills early on by imagining I was his spokesperson. I’d develop smart answers to questions that perplexed me about him like, “Where did he buy his shovels,” (clearly, he made them from fallen branches and melted-down hunters’ traps) and “How do his pants stay so clean,” (duh, the other forest animals clean them each night as a thank-you for keeping the forest fire-free). Little did I know that decades later, I’d get to actually help serve as Smokey’s real spokesperson by working for the very agency that created him 75 years ago.

Instead of asking obvious questions like I did in my nine-year-old imagination, this time I got to help throw him his biggest birthday yet, complete with celebrity cameos, morning show appearances and his own Macy’s Thanksgiving Day Parade balloon. As the longest-running public service campaign in U.S. history, a cultural icon and the educator of generations of Americans on their role in preventing wildfires, Smokey Bear is a revered Ad Council assignment for any lucky soul, but for me, it was more like a dream come true. It’s rare that your day job lets you live out your dreams, so for that, I will forever be thankful to the Ad Council, the U.S. Forest Service and FCB.

Q: Social good ads pull at our heartstrings. What social good ad has made you cry or stand up and cheer?

BC: Hands down, the original “Love Has No Labels” ad is #1 for me. It made me cry, laugh, smile and, above all, hope.

Q: How do you or your team integrate social good into your work, or how do you think your brand is making the world a better place?

BC: More than any other agency I’ve ever called home, FCB has some of the most caring and generous individuals I’ve ever encountered in this business. It’s their hard work over many years that has built a culture that values doing what’s right. Hence it being the agency that created the campaign that gave birth to the Ad Council itself back in 1944. Putting social good into our work has long been a part of FCB’s DNA and I'm beyond proud to be a part of the agency’s latest chapter of leaders who are raising the bar higher than ever before with what's possible in fusing creativity and social good in new and innovative ways. With creative projects like FCB India’s “No Conditions Apply” that helped the Times of India bring inclusivity to a 400-year-old tradition to FCB/SIX’s “Destination Pride” that raised awareness of gay rights issues in countries around the world for PFLAG, our offices and people are helping tackle some of the toughest challenges of our day with ideas and actual inventions that deliver measurable progress.

One of the FCB stats I’m most proud of is our being the only global network to rank in the top three of the Good Report for three consecutive years. Yes, our industry exists to drive economic value for brands and companies, but work like this proves we can do it while also making the world just a little better than we found it.

Q: Why do you think it’s important for brands to have a corporate social responsibility plan in the world we live in?

BC: We currently live in a world that's witnessing both a breakdown in trust in legacy governing institutions and a growing divide on how best to tackle the big challenges many of those institutions were created to help solve. Corporations can play a bigger role than ever before in helping to ensure we continue to make progress on these challenges, not only for the people in the countries where they are headquartered, but for the people of every country their employees and products reach. This is why purpose — knowing it, defining it and living it — has never been more important for companies and brands. The ones that are fueled with purpose, I’m convinced, will be the ones helping the world make the most progress and taking humanity far further than any flag-bearing border.

Q: What was the greatest piece of advice someone gave you, and how did it end up helping you?

BC: John Adams, former CEO of The Martin Agency, told a much younger me to always think about what I want my legacy to be. Think bigger than a single project, job, success or failure. Always think bigger than yourself. That advice is something I think about all the time. It has helped direct me on the right path with so many career and personal decisions and has inspired me to always work to put myself in the shoes of others.

Q: What age would you want to meet up with your former self, and what advice would you give to that younger you?

BC: Honestly, I’d rather meet up with my future self because I feel like I’m just now starting to get my sea legs, but since it has to be my former self, I’d say age 19-year-old Brandon. I was a year into college and I underestimated the value of studying abroad. I’ve been fortunate in my last two jobs to travel the world, get to know other cultures and people, experience very different places from where I grew up and live. An appreciation for worlds and people outside our own is, I think, one of the greatest gifts we can give ourselves. It yields empathy, compassion and understanding that makes all of us better human beings.

Q: If you were giving a commencement speech to this year’s college graduates, what would you want them to know?

BC: Contrary to what parts of the internet say, the world is not flat, our differences do not define us, there is still great value in truth, and compromise is incredibly important.

Q: How has your organization improved or innovated the digital landscape in the last year?

BC: Data and technology enhancements over the past year have allowed us to deliver our ideas with more speed, relevancy and emotion than ever before. This year, FCB helped break records on the creative and economic potential of Waze with the Burger King “Whopper Detour,” invented new technology called See Sound to give unprecedented knowledge of their surroundings to the Deaf, and transformed messages of racist hate into optimistic invitations of beauty in the world’s largest social communities with “Go Back To Africa” for Black & Abroad. Today, there isn’t much left in the world that isn’t digital, so we just see it as one big landscape that great creativity will help mold, just as it did in the analog days.

Q: What value(s) of your organization are you most proud of?

BC: We have a mantra at FCB that I tend to hold above all others: Brave Together. I grew up believing in the power of family and I am proud to have found a work family that shares that belief. It has been said that “if you want to go fast, go alone. If you want to go far, go together.” I’m proud that together we are going further at FCB and we’re making that trip with integrity, strong ethics and heart.

Q: What can we look forward to from your organization this year?

BC: We’re coming off one of our best years in a long time… creatively, financially and in giving back. We are almost 150 years old and yet it often feels like we are a start-up. I know that sounds awfully clichéd, but it’s true. We have one hell of a mix of great humans who aren’t afraid to change things up and are hungry to raise the bar on what this company can accomplish in its next chapter. We recognize it won’t be easy and there are certainly tough times ahead in the agency world, but we’re doubling down on the belief that creativity is an economic multiplier, diversity isn’t optional and doing good is good for business. There’s a reason our tagline is “Never Finished.”

Creativity is an economic multiplier, diversity isn't optional and doing good is for business.

Q: You’re planning a “Change the World” dinner party and you can invite anyone (living, dead or fictional). Who are three people on your list?

BC: Einstein, Yoda and my Mom.

Q: In 40 years, what will people be nostalgic for?

Q: Tell us what you hope to see more of or experience more of in the next year, using only emojis.

AdLibbing
AdLibbing is the Ad Council’s official blog on all things social marketing. Whether you’re a nonprofit, ad agency, digital guru, government organization or just an individual with an interest in public service, here you will find communications tips and tools that can inspire change and improve lives.
Related Articles
Read More From Adlibbing 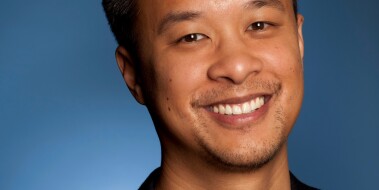 Champion for Good: Elliot Lum
By Amanda Kwong
As the senior vice president of talent strategy and program development at the ANA Educational Foundation, which aims to educate and inspire the next generation of advertising talent, Elliot Lum draws on a 20-year marketing background that includes working as a brand manager for Colgate and as head of partnerships for Columbia Records. This summer, Elliot was a critical partner on our “Fight the Virus, Fight the Bias” campaign, which addresses the rise in anti-Asian racism during the COVID-19 pandemic. We talked to Elliot about what he’s learned from his career—and from 2020.
Champions for Good 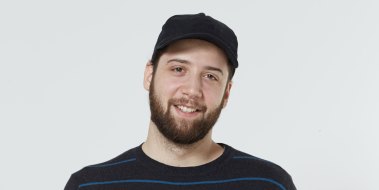 Champion for Good: Alex Levin, Founding Partner and Director of Strategy at L+R
By Rebecca Mir
Alex Levin is a founding partner and Director of Strategy at L+R, an international digital design studio and brand strategy consulting firm based in Brooklyn. He has served on the Ad Council’s UX Committee since 2017, during which time he has guided discussions to fine-tune the websites of several of our campaigns, including Alzheimer’s Awareness, Love Has No Labels, Youth Vaping Prevention and Seize the Awkward.
Champions for Good 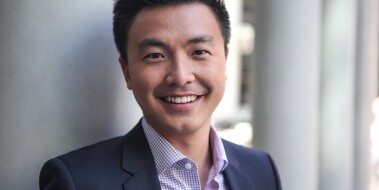 Champion for Good: Kyle Wong, CEO of Pixlee
By Naomi Woolfenden
Kyle Wong is the CEO of the award-winning UGC and influencer marketing platform Pixlee, which has played an important role in our Love Has No Labels and She Can Stem campaigns by providing the technology that powers community submissions. Recently, Pixlee partnered on our #AloneTogether campaign, helping people stay connected while staying home to slow the spread of COVID-19. Kyle is also a member of the Ad Council’s Leadership Council.
Champions for Good
Read More From Adlibbing