Learn With Us > AdLibbing Articles > Good in Action

Kindness is Key: How the Ad Council Partnered with Kingdom Hearts to Prevent Bullying

A couple of years ago, the Ad Council launched an initiative called Game for Good, with the goal of bringing our social good campaigns to the millions of Americans who love to play video games. Our new partnership with Square Enix and Disney•Pixar, which uses footage from the new game Kingdom Hearts 3 (KH3) to promote our bullying prevention campaign, gave us the opportunity to reach millions of fans across the globe. Here’s what we’ve learned from partnering on a social good campaign with a video game platform.

For our first foray into creating a PSA from a video game, we needed the right fit between the title and our campaign. The Kingdom Hearts franchise captured the hearts of many millennials who grew up playing, and with its first update in years, the game was poised to capture a new generation of tweens and teens. The game is rated E for everyone and leverages beloved IP from both Disney and Pixar. Most importantly, the game emphasizes the power of friendship and helping those in need to overcome the power of darkness. It was the perfect fit for our Because of You campaign, which encourages teens to consider the impact that their actions—positive or negative—can have on peers.

As part of our collaboration with Square Enix, we asked them to take our campaign brief and come back to us with a creative concept that would speak to their fans. They were able to seamlessly integrate our messaging into the work while also speaking to fans of the game. Any KH3 fan knows that keyblades are central to unlocking different worlds within the game. When Square Enix proposed “Kindness is Key” as a tagline for the work and social images, we knew it was the most authentic way to connect our message to the fans of the game. By using imagery from the game in the copy, social graphics and throughout a custom landing page, we created a campaign that KH3 fans would embrace and share.

Since the Ad Council is relatively new to the video game space, we didn’t have a lot of gaming publications and fan sites on our press list. So when Square Enix offered to help share our press release with their contacts, we jumped at the opportunity. By sending the release to fan sites and publications dedicated to the game, we began to see fans sharing the campaign on social media immediately with a virality that we could not have achieved on our own. We saw over 1,700 mentions of the campaign in the first few days we went live with overwhelmingly supportive sentiment. And while our campaign is focused on teens in the United States, the amplification of our message from global KH3 fans has been a welcomed surprise.

While we’re still in the early days for this partnership, which includes distribution of TV and out-of-home assets, we are already thrilled with the early results and hope to replicate this effort with other popular video game titles in the future.

Anastasia Goodstein
Anastasia serves as SVP of the Ad Council’s Digital Product Management group where she manages the team in charge of digital products for all Ad Council campaigns. She has worked in media for the past 20+ years and was one of the first graduates of the Medill School of Journalism's new media program at Northwestern University, where she earned an MSJ in 1999. Her first book about teens and technology called Totally Wired: What Teens & Tweens Are Really Doing Online was published by St. Martin's Press. She lives in Manhattan with her daughter and rescue hound. 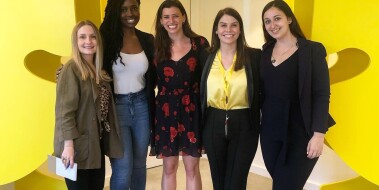 How Snapchat & the Ad Council Created a Lens Challenge to Stop Bullying
By Laurie Keith
Snapchat’s creative tools present a unique opportunity for nonprofits: the ability to spread awareness about a cause through not only consuming media, but also creating it. As Ad Council’s VP of Media, Social and Emerging, I’ve been working closely with Snapchat since 2015 - the year we launched our first Bullying Prevention partnership and developed two custom filters that ran nationwide. Snapchat was a relatively new app at the time and I was so impressed to see this kind of engagement. Since then, we’ve activated several other filters and lenses for our youth targeted campaigns that have been used millions of times.
Creativity & Innovation 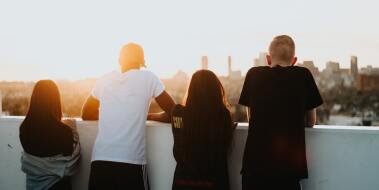 How to Connect with Gen Z Right Now
By Leah Fagen
According to a study by The Center for Generational Kinetics and commissioned by WP Engine, 72% of Gen Z is more likely to support a company that contributes to social causes. Gen Zs are acutely aware that in today’s digital world, anyone can use their voice to ignite change, and that includes brands—who aren’t just expected to take a socially responsible stand, they’re expected to mean it.
Impact 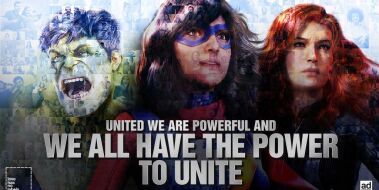 Gaming Is the Future of Social Good Integrations
By Lisa Sherman
This piece was originally published on Ad Age.
Impact
Read More From Adlibbing