The 8 Best Social-Impact Campaigns of 2019

This story, The Best Social-Impact Campaigns of 2019, was originally published by Ad Age for the Ad Council's Purpose of Purpose Series.

Lisa Sherman, president and CEO, Ad Council: Now that 2019 is winding down, it’s a great time to reflect on the work that has moved us this year and to set the benchmark for the year ahead. So I’ve got one simple question for all of you: What is your favorite social-impact campaign from 2019, and why?

Mauricio Galvan, creative director, Anomaly: “Back to School Essentials” by Sandy Hook Promise and BBDO New York really resonated with me. The gun-control conversation has reached a point of urgency, and at the same time, the absurdity of the arguments of those who oppose it has reached a new peak. It's crazy to think that as surreal as this spot might be, it's awfully close to the new reality we're living in. I think the spot does a great job at pointing out warning signs that can lead to a shooting as well as waking up lawmakers opposed to gun-control laws.

Ultimately, “The Last Ever Issue” became Twój Weekend’s best-seller of 10 years in addition to winning a Cannes Glass Lion. It was recognized around the world and represents a powerful mic drop, bidding farewell to a media property that degrades women.

Twój Weekend | The Last Ever Issue

And if we look at social impact as ideas that can make the world better even if just by highlighting today’s problematic cultural norms, Diesel’s “Be a Follower” is a funny, sexy and very mischievous way of putting a finger on the world’s sometimes sick obsession with social media.

Be A Follower - DIESEL SS19

Susan Credle, chief creative officer, FCB Global: My favorite was “The Look” by Procter and Gamble. When companies launch social-impact campaigns, they must be prepared to continue the conversation they have started. As P&G leans more and more into the force-for-good world, I believe they are finding that doing so is a force for growth. Which means brands that make a social impact in the world stand a very good chance of making an impact on their businesses. Damon Jones has also said that the company hopes that as they shine a light on these tough but important issues, it will be easier for other companies to do the same. Together, we can make this world a better place for all.

Heidi Arthur, chief campaign development officer, Ad Council: I have to mention Ikea and McCann’s brilliant work on “Thisables,” for which Ikea worked with its engineers and customers with special needs to hack their own products to make them more accessible and useful. I especially love that Eldar Yusupov, who has cerebral palsy and is featured in the videos, is a copywriter at McCann and helped develop the concept.

And I was also really impressed by Secret’s support of the U.S. Women’s National Soccer team, not just through their powerful ads featuring women and girls on the field, but their commitment to standing behind the cause by donating $529,000—$23,000 for each of the 23 players—to address the gender pay gap.

Michelle Hillman, chief campaign development officer, Ad Council: I second those, and I also loved Microsoft’s Super Bowl ad about its adaptive video game controllers for children with special needs who just wanted to be able to play like—and with—their friends. Seeing those children light up really emphasizes the impact that real stories can have to open minds and create change.

AdLibbing
AdLibbing is the Ad Council’s official blog on all things social marketing. Whether you’re a nonprofit, ad agency, digital guru, government organization or just an individual with an interest in public service, here you will find communications tips and tools that can inspire change and improve lives.
Related Articles
Read More From Adlibbing 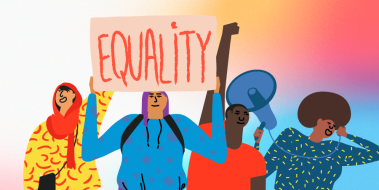 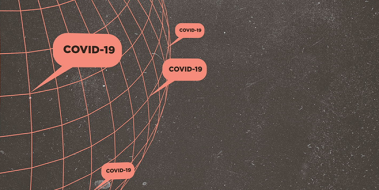 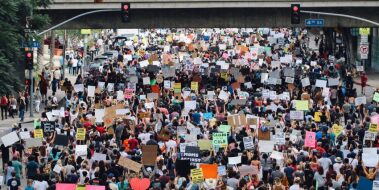 4 Considerations Before Your Brand Leans Into a Social Cause
By Matt Klein
sparks & honey, a tech-led cultural consultancy, analyzes culture every day in order to identify emerging shifts and help organizations navigate these changes. In doing so, over the last year, never before have we witnessed so many brands lean into social causes. As exciting as this has been, and despite brands' well-intentions, unfortunately not all have hit the mark.
Champions for Good
Read More From Adlibbing