Young Voters in the 2022 Midterms

Young voters now make up a third of the electorate, and their voting power will only continue to grow as more Gen Zers come of age. Amid disillusionment, what will encourage and inspire this bloc to head to the polls this November?
Access the Full Report

U.S. elections in 2018 and 2020 both saw record turnout for young voters ages 18-29. However, growing skepticism about election fairness and the U.S. government in general could pose a threat to this upward trajectory. Case in point: In a July 2022 New York Times survey, 56% of voters ages 18-29 said they think America’s system of government needs major reforms or a complete overhaul, and 70% said they believe America’s political system is too divided to solve its problems.

It can be easy to see numbers like this and assume that younger generations are already too disillusioned with the system to take any meaningful action. Going into this study, we wondered—or perhaps feared—if this group of voters is already too disappointed in the system to return to the polls, or if strategic efforts combined with super-charged issues like the economy, Roe v. Wade, gun control, climate change, racism and more could be the force young Americans need to get out and vote this November.

With this in mind, the Ad Council Research Institute (ACRI) and MTV Entertainment (MTVE) embarked on a partnership this year to get a better understanding of the voting attitudes and perceptions among younger Millennials and voting-eligible members of Gen Z on the 2022 midterm elections, and to understand what brands and causes can do to motivate and encourage them to vote. 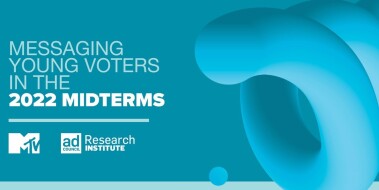 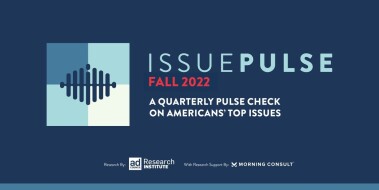 Issue Pulse
In this age of ever-available, often distressing and polarizing information, what do Americans truly care about—and how does that change as new issues make headlines? 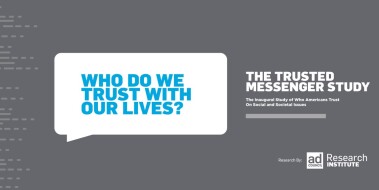 2021 Trusted Messengers Study
Americans no longer know who they should turn to for reliable information. In these highly political and often polarized times, who the message comes from is just as important—if not more—than what the specific content of the message is.

In Case You Missed It

The first phase will be available for download upon submission of the form to download phase two.